A full schedule on embryonic mosaicism marked the second day of the International Conference on Genetic Pre-implantation, which also had room to discuss techniques that can already be deployed to increase the rates of gestation in human reproduction treatments and those that are almost ready to be released.

Factors that can lead to embryonic mosaicism are still not conclusive and the impact on embryo health depends on the level and chromosomes that are affected. In this scenario, the priority is to avoid discarding a possible healthy embryo or, conversely, transfer a possible embryo with genetic abnormalities. To conclude the discussion, the first step is to reduce the subjectivity of evaluation with a algorithm of bioinformatic analysis , as developed by the team led by Dr. Maria Vera-Rodriguez. An excellent project that we had the privilege to attend.

With regard to the development of the transferred embryos, to follow the evolution of the pregnancy and to study the cases that end in spontaneous abortion through the POC is a fundamental part of the process. Dr David Cram, has identified that a high level of segmentations and deletions cause embryonic death after implantation, while minor segmentations and deletions lead to an abortion during or at the end of the first trimester.

The session on increasing the success rate of human reproduction treatments has brought various strategies and practices available today to raise birth outcomes and reduce the number of attempts needed to fulfill the dream of having children.

The results speak for themselves. We accumulate evidence that associates the transfer of the embryo in a later cycle to better results for the pregnancy. The main justification for this success is that transferring the embryo into a uterus that has recovered from a period of ovarian stimulation facilitates the positive outcome of the implantation.

Pregnancy rates are even higher if prior to embryo freezing, some cells sent to the genetics laboratory are analyzed using the PGS diagnostic to identify the chromosomally normal embryos, according to Dr. Semra Kahraman in the following sequence of slides: 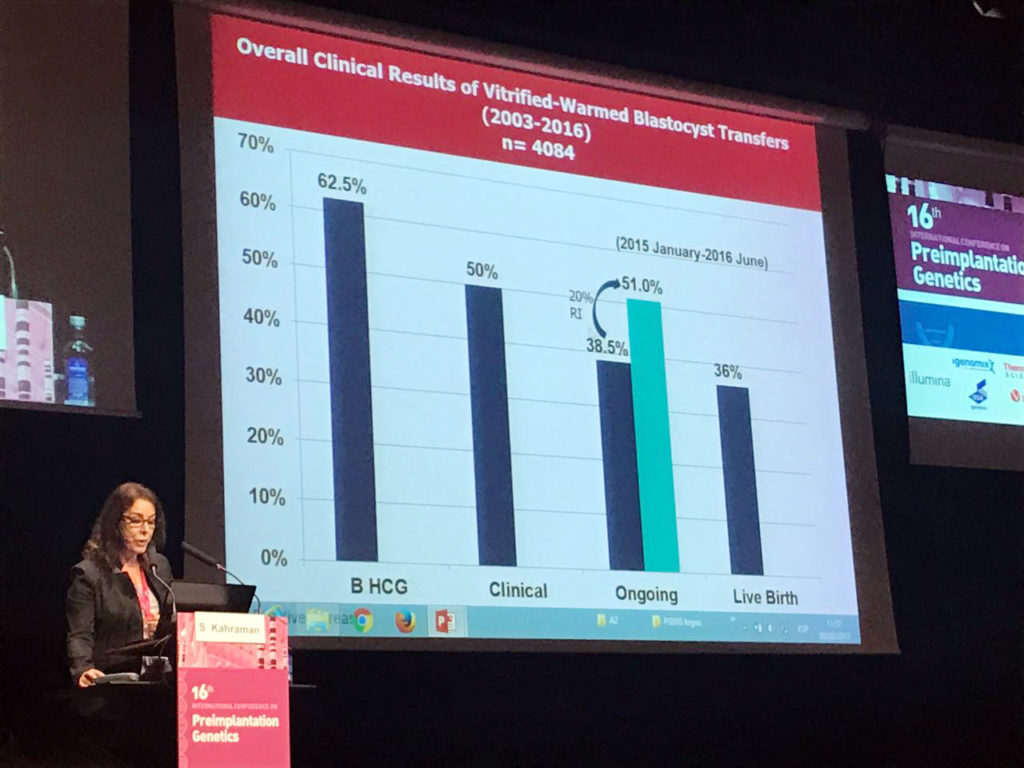 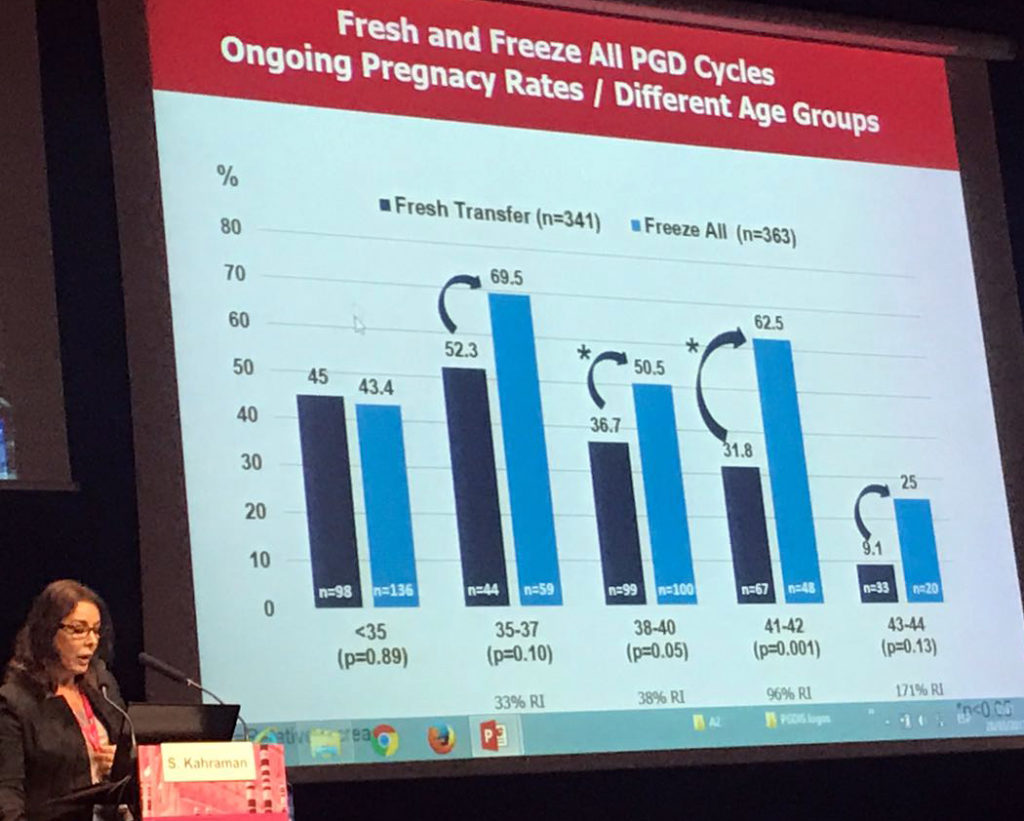 Knowing the implantation potential of chromosomally normal embryos through the study of mitochondrial DNA was a strategy reinforced by Dr Luca Gianoli.

An efficient embryo biopsy program was the focus of the presentation of Dr. Laura Rienzi, who mentioned the main strategies of embryo selection considering its morphological, developmental and genetic aspects, as well as future perspectives of noninvasive study. 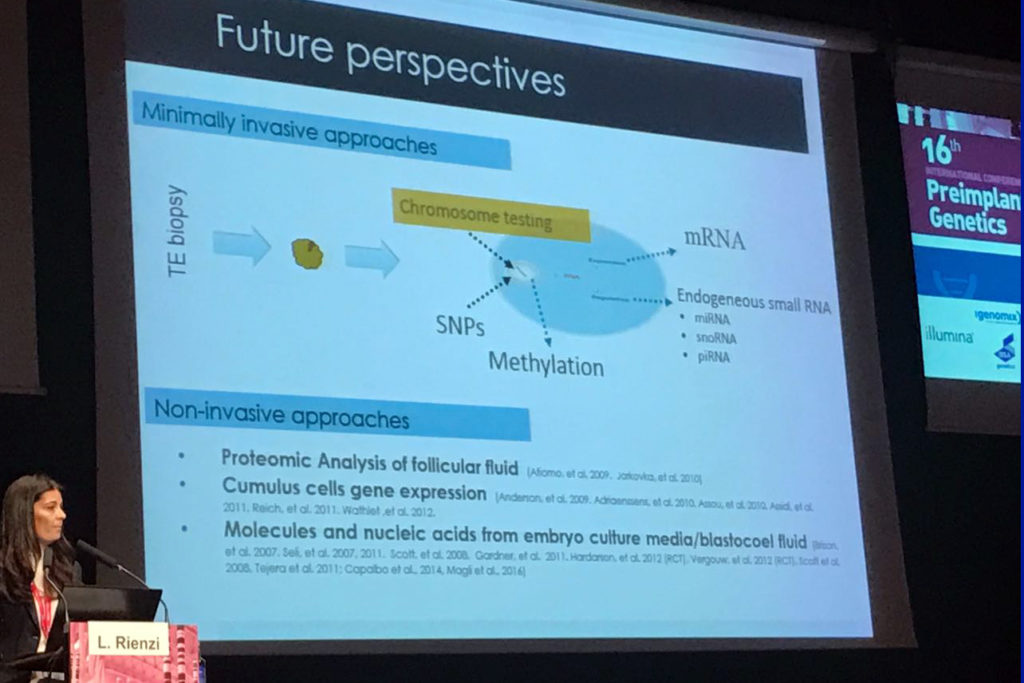 The incorporation of the ERA test to customize the embryo transfer at the best endometrial momentum is a key component for more than a quarter of patients in the In Vitro Fertilization treatments to be able to conceive.

As a novelty , soon another source for the knowledge of the favorable conditions for nesting will be launched. The source in question is the population of bacteria that inhabit the endometrium and its relation to fertility . After the discovery of the relationship between endometrial bacteria and their embryo implantation potential published in the international journal American Journal of Obstetrics and Gynecology , Dr Carlos Simón’s team is working on developing a new test to measure the population of bacteria for anticipate the prognosis of pregnancy. 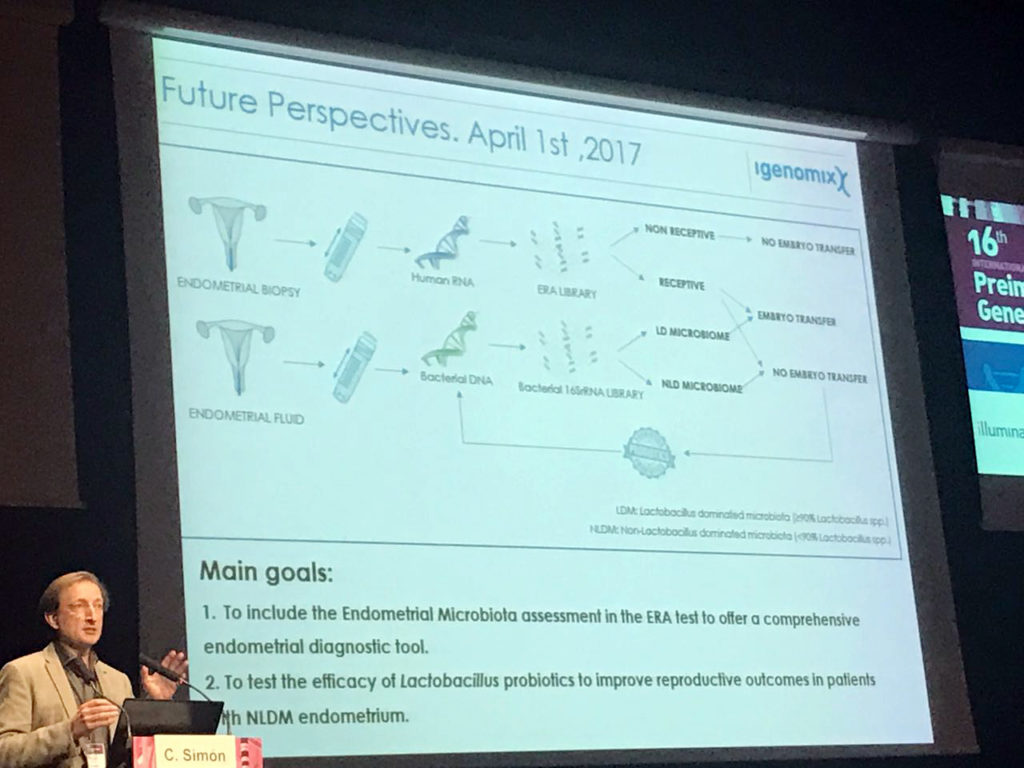 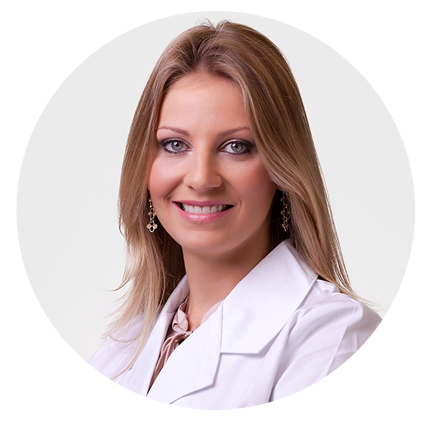